An after talk on our previous blog on the same topic

The other day, we were going through our older blog posts and found something interesting. There are a lot of people still referring our previous blog post — “Does Indian education support innovation?”. There are new visitors everyday and they all seem pretty interested in this topic.

At first, this was a little odd. Why would people still want to read about this issue given a LOT has already been said about it. But turns out, it was pretty obvious! Many believe that these issues about Indian education, its sturdiness to change, and the so called ‘lack of support towards innovation’ are all still prevalent; even today.

So we decided to do more research on this and we found some interesting things which we like to share.

A little backstory on Indian education

India was one of the wealthiest of nations in the pre-colonial times. Our share in economy was a whopping 23% of world trade, including world-renowned fine garments, diamonds, exquisite spices which the rest of the world craved for.

The one thing that was famous across the world other than those was our education. Our educational system was one of the most advanced and the best-in-class. The ancient universities of Takshashila (Taxila — 5 or 6th century BCE), Nalanda (5th century CE to 1200 CE.), Pushpagiri (3rd century AD) etc. attracted students from all over the world and taught advanced mathematics, science, philosophy, religion, astronomy, crafts, social welfare, life science and many more subjects.

The teaching from these ancient universities and institutions were all very advanced and was taught across institutions in ancient India. Many renowned travellers and historians from around the world have mentioned this in their texts.

The history of education in India

“ In every Indian village which has retained anything of its form, the rudiments of knowledge are sought to be imparted. There is not a child, except those of the outcasts (who form no part of the community), who is not able to read, to write, to cipher; in the last branch of learning, they are confessedly most proficient. — Ludlow, British India, 1858 ”

The colonial rule changed everything. As the British took over, significant efforts was made to wipe off the age-old tradition of gurukul education and schools run by the British was established instead. The notion of white supremacy and aboriginal inferiority was spread across the colonies. As the history goes, Thomas Macaulay was appointed by the British parliament on a “mission to civilize indigenous people”, and he executed that plan brilliantly. He managed to instil inferiority complex in the unsuspecting Indian minds and brought the traditional educational system to the ground.

But putting personal conflicts aside, the British did introduced standardised tests, new subjects like technical skills and management, and a system of schooling which was intended to provide employees for British Indian civil services. During the British rule:

“ Efforts were then made by the Government to confine higher education and secondary education leading to higher education to boys in affluent, circumstances This again was done not in the interests of sound education but for political reasons. Rules were made calculated to restrict the diffusion of education generally and among the poorer boys in particular. Conditions for recognition for ‘ grants ’ — stiff and various — -were laid down and enforced, and the non-fulfilment of any one of these conditions was liable to be followed by serious consequences. Fees were raised to a degree which considering the circumstances of the classes that resort to schools, were abnormal. When it was objected that the minimum fee would be a great hardship to poor students the answer was — -such students had no business to receive that kind of education.

Clearly these notes speak for themselves.

The educational reforms during the age of colonisation had its merits too. It united the diverse communities in India under a common roof of formal schooling, gave us a global perspective, gave us English and industrial technologies etc to name a few. Many of the Indian independence leaders advocated for the English education to bring a new, grounded approach for the independence struggle.

What we have now

Then came the Independence. Several laws and initiatives from various governments such as the Article 29(1), — Article 29 and 30, “Free and compulsory primary education in the country” Article 45, the Kothari Commission etc. were appointed to raise the quality and integrity of our education.

Despite these efforts, the educational system pretty much retained it’s pre-independence structure. The colonial school system with its formal educational environment, progressive learning, teacher-centric approach, standardised tests, and even the syllabus were all inherited and kept unchanged. The outcomes, and aptitude of the students didn’t actually benefit much from this system.

When coming to the present age, we are seeing many reforms and changes in the way we teach and learn. the introduction of the internet is now playing a huge role as a delivering tool and as an independent source of information. New methods of instruction like the flipped learning, Outcome Based Education (OBE), learner centric approach all have slowly made it’s way into the system. Quality has became a concern for the students and parents.

Though the change is still small, our general perspectives is slowly, but definitely changing. New innovations, startup culture, and concern to preserve the creativity has at least changed some institutions and education boards to accept the fact that there are better ways to educate children.

That being said, we are still far behind in developing a nationwide learning culture based purely on knowledge, innovation, and R&D. The schools and colleges still turn their heads away from daring innovative ventures of students. Students who are innovative and creative often may not always be good at a system of studying through books. We need to accept that and devise new ways to nurture and improve learning among a widely diverse types of students.

Our common mentality of a risk-averting community must also be put into check. Startup ecosystems and incubating centres springing up across the nation offers a huge support for young entrepreneurs.

India one of the top countries to provide generous R&D-related tax incentives. However, we lack innovation because this doesn’t count to much in areas such as collaborative R&D tax credits (offered for spending to support research at universities, national labs, and research associations), and opportunities to commercialise innovation. Our innovation amounts to research and research only.

We have discussed some of the major reasons behind the lack of innovation in India in the prequel of this article. You can read that one for more info.

Do we have a bright side to look at ?

The new age of technology is of great hope and optimism. Never before has been a time when the learner decides the limits to their own education. Opportunities are there for the willing and anybody can learn anything online. The resources and requirements for learning something has set to the bare minimum of an internet connection.

Educational domain in India is experiencing a paradigm shift which if channelled correctly might improve the quality and standard in all areas. The impact of globalisation and exposure to international standards has created a positive vibe which has catered this shift. Educational institutions are opting to support the education with technology for better management and delivering techniques. Information and communications technology (ICT) in education is opening up new doors for institutions to up their efforts and improve the overall quality.

Governing and certification authorities like AICTE, NBA, and NAAC pushes limit forward and assure a better quality in education. They are encouraging institutions to implement better learning methodologies like Outcome Based Education (OBE) and Student Centric Learning (SCL).

Also, new researches are done daily on how to improve our educational system in a manner which benefits all the stakeholders at the same time. Quality has become a major concern for most, if not all, the institution which will eventually end up pouring better teaching-learning environments and new practises like technology assisted learning.

The future seems well lit for our education. Government, institutions, and the industry working together paints a new picture of our future where education is prioritised and designed in a way that it provides the maximum value to our society and creates a nurturing environment for research and creativity.

The future providers of education will be those who react to the needs of the learners and the changes to the technology.

Connecting with this issue, you might be also interested in our blog on a global learning crisis that concerns academicians and educators worldwide. You can check it out here.

Subscribe for more updates and teaching-learning resources from Linways. 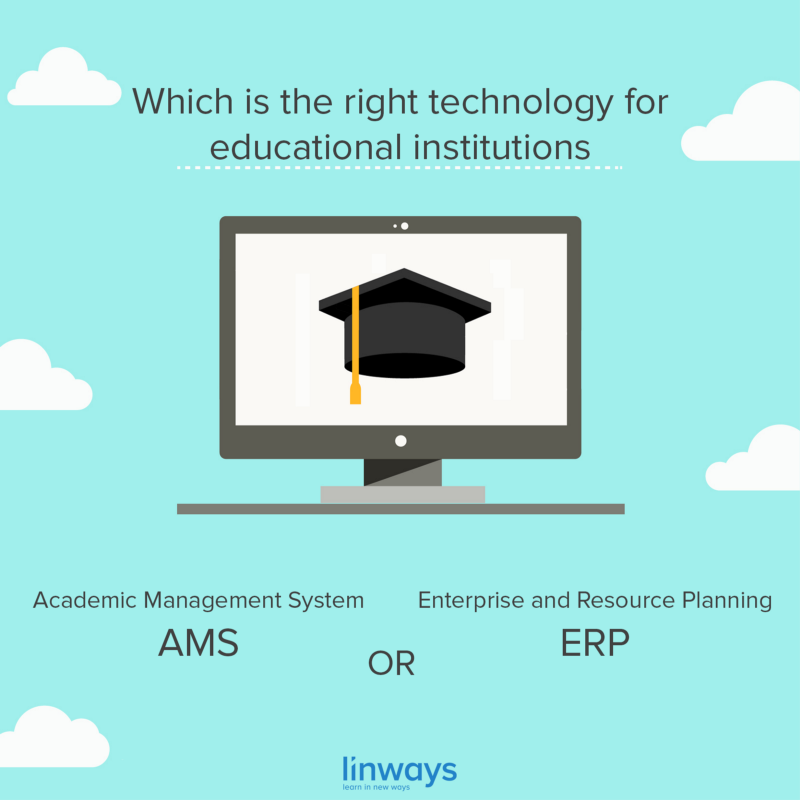 August 11, 2017 An AMS or an ERP ? Finding the right technology for educational institutions.

What educational institutions really want, when they are looking for an ERP is an Academic Management System- an AMS. 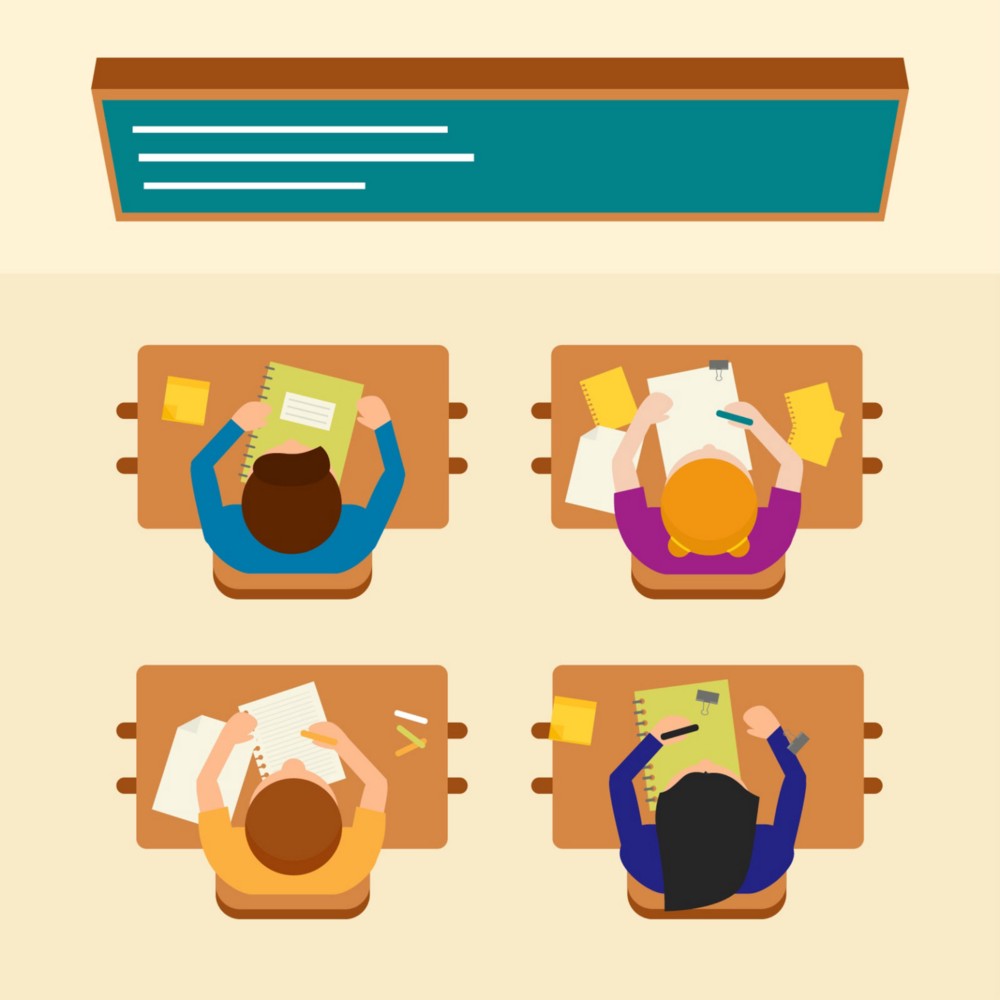 September 1, 2016 SCL – A Continental shift across the classrooms

Are your students interested in attending your class? Would they still do it if they didn’t had to?