A brief introduction to Learning Theories.

From thousands of learning theories, we just ignore all but one.

Education is all about the transfer of knowledge. No matter how many times we reinvent it, innovate it or try to change its course, it is, and will be about that. And for centuries, ‘teachers dictating and students learning’ has it been.

But that’s just not all. There has been some tremendous efforts and time put into education since time immemorial. People has been developing theories and devising solutions intended for education. And we intend to discuss some of those learning theories today. Ready?

1. Behaviorism: This particular learning theory assumes the learner as essentially passive, who simply responds to their environmental stimuli. So, the behaviorist theorists believe that a learner basically begins as a clean slate, and their behavior is shaped through positive/negative reinforcements.

Both positive and negative reinforcements increases/decreases the chance of the behavior happening again. So, punishments and rewards alternatively decrease or increase the likelihood of a behavior happening again. Positive indicates the application of a stimulus and negative indicates the withholding of a stimulus. Therefore, learning is defined as an implied change in the behavior of the learner.

2. The cognitivist Theory: The cognitivist theory replaced behaviorism during the 1960s as a more dominant learning paradigm. Cognitivism concentrates on the mental activities of the learner’s mind. It considers that learning about those activities is valuable and necessary to understand how we learn. It states that the mental processes such as thoughts, memory, perception, and problem-solving, all need to be carefully studied. Learning is a change in a learner’s structural model, according to it.

Cognitivism counter the behaviorist theory stating people are not “programmable test subjects” that merely respond to environmental stimuli; instead, they are rational beings who can take active participation in learning, and whose actions are a consequence of their thoughts. Cognitivism considers the mind as an analytical machine, like a computer: information comes in, it gets processed and causes certain outcomes.

3. Constructivism: Constructivism considers the learning to be an active, contextualized process of constructing knowledge rather than acquiring it. Knowledge is constructed based on personal experiences and assumptions from the environment.

Learners continuously test these assumptions through social interactions. Each person has a different interpretation and therefore has different ways of constructing knowledge.

NOTE: A common misconception about the constructivist theory is that instructors should not instruct anything directly to the students but, instead, should always allow them to construct knowledge for themselves. This actually confuses it as a theory of knowing without teaching. Constructivism believes that all knowledge is constructed from the learner’s previous knowledge, disregarding how one is taught. So, even lectures from the instructor belong to the activities intended for the construction of new knowledge.

4. Humanism: This paradigm was first brought to the spotlight in the 1960s. It focuses on freedom, dignity, and potential of the learner. A central concept of this theory, in the words of Huitt (2001), is that people act with intentionality and values.

This contradicts with the behaviorism of which argues that all behavior is the result of the application of consequences, and the cognitive belief that discovering knowledge or constructing meaning is central to learning.

The proponents of humanism also believe that it is necessary to study the learner as a whole. The study of the self, personality psychology, motivation, and outcomes are areas of particular interest for humanists.

Some of the major proponents of this approach include Carl Rogers and Abraham Maslow. The primary results for humanism are proposed to be the development of a self-realized, autonomous individuals.

SCI is an instructional approach in which students influence the content, activities, materials, and pace of learning. This learning model places the student (learner) in the center of the learning process.

The instructor provides the opportunities to learn independently and from one another and trains the students in the skills they need. The SCI approach includes techniques such as

Properly implemented SCI can lead to an increased motivation in learning, greater retention of knowledge, deeper understanding, and more positive attitudes towards the subject being taught.

The Learner-centered approach emphasizes the need to support the learners’ growth and motivation when designing a technology dedicated for education management.

Because the learners have such different learning patterns and unique levels of perception, the technology used must be adaptive for various learning environments.

And one final thing, we did try to keep it short and simple in this one, just so it doesn’t get too dry. But sure, we will get into the details in our future blogs. And please subscribe for more about education, learning methodologies and learning management.

Move on to the next article of the series

Subscribe for more updates and teaching-learning resources from Linways. 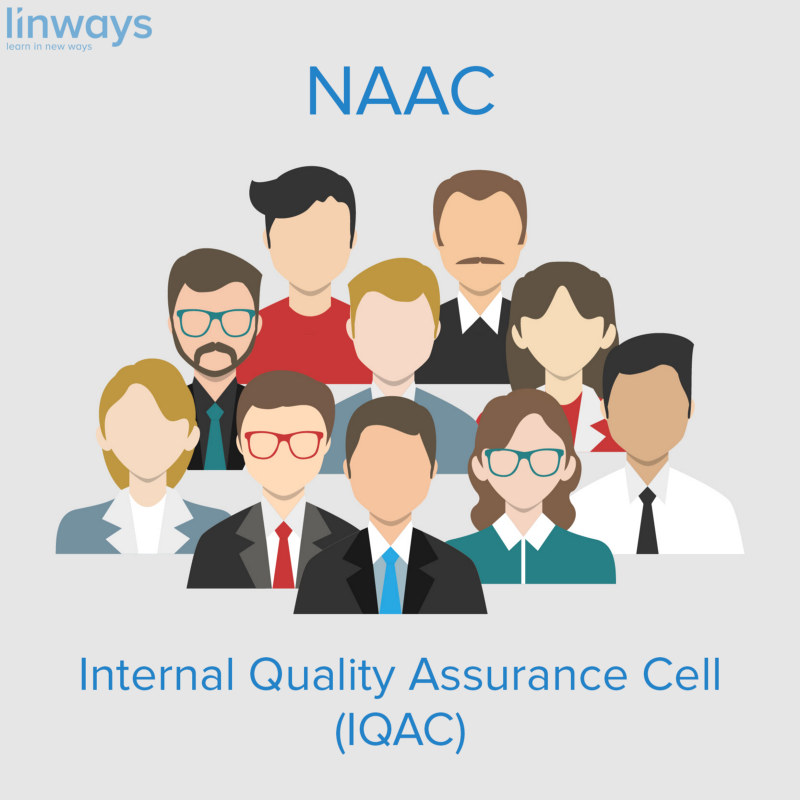 The more steps there are to assure quality, the better education it will be. 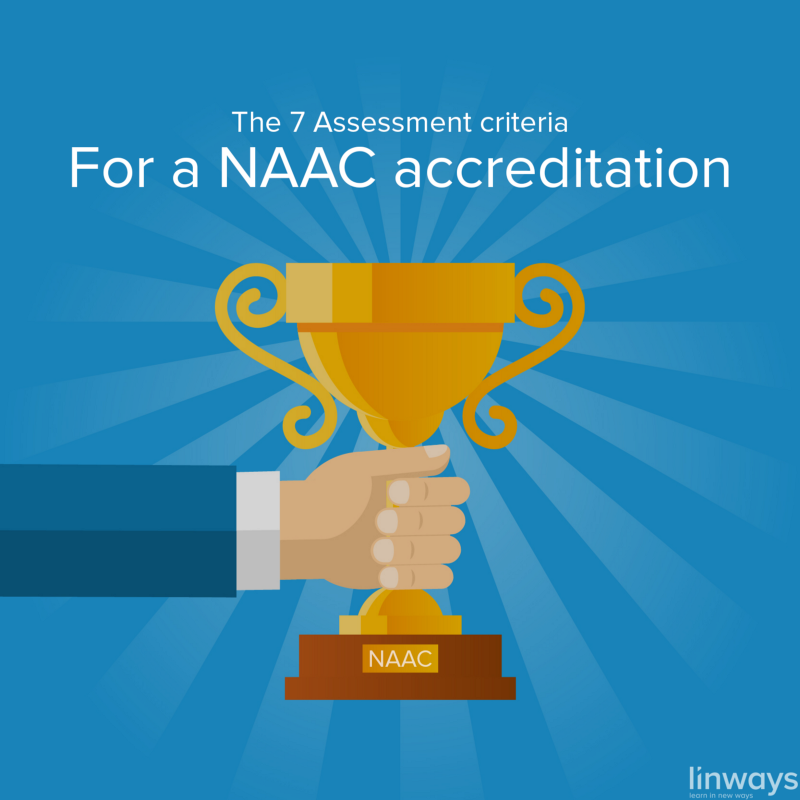 Lets discuss what each of the accreditation criterion mean and how they contribute in providing a feedback on different levels. 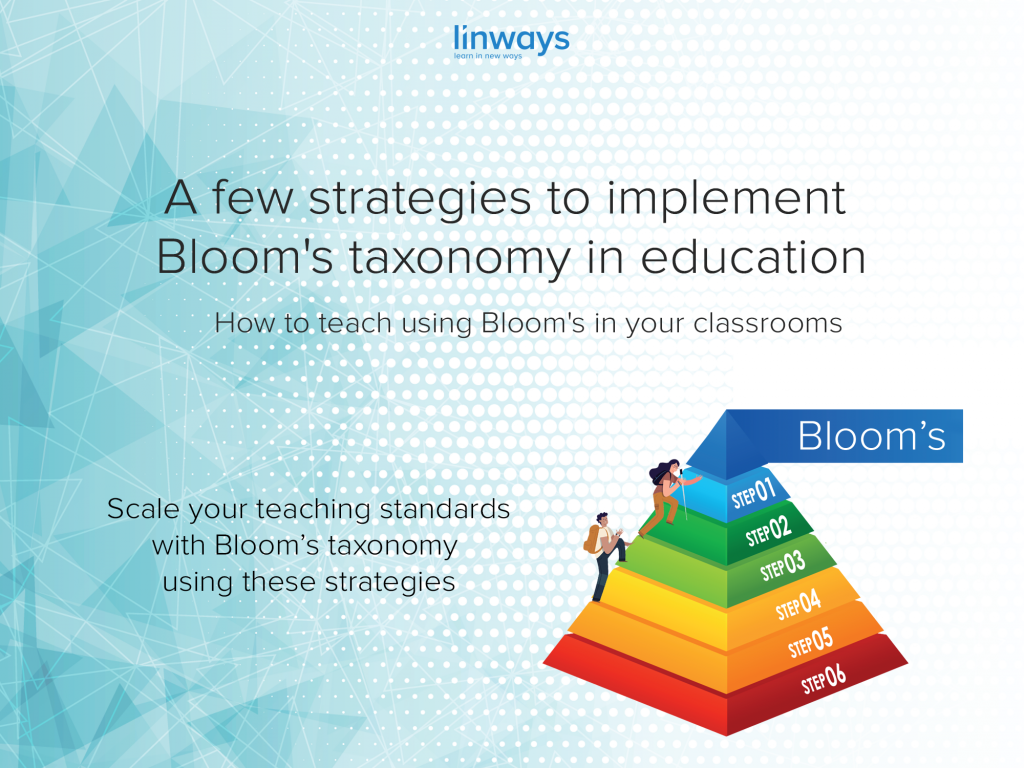 January 16, 2019 A few strategies to implement Bloom’s taxonomy in education

How to teach using Bloom's in your classrooms